[pullquote_center width=”75%”]Gentle Mary laid her child lowly in the manger;
There he lay, the undefiled, to the world a stranger:
Such a Babe in such a place, can he be the Savior?
Ask the saved of all the race who have found his favor.[/pullquote_center]

“The proof’s in the pudding,” they say. Do you have any idea what that means? I don’t. Maybe Bill Cosby and the folks at Jello know. What I think it means, though, is that the product of a process is the evidence that the process has worked. The best proof that the Babe born in lowly circumstances is a king lies not in angels’ songs, fortune-telling constellations, or storied parental lineages. The best proof… it’s in the pudding. Look at changed lives, redeemed humanity, the gratefulness of those who understand they have found favor with God.

The star, and angels’ songs, and Matthew’s family trees are nice, but the proof is in the pudding. 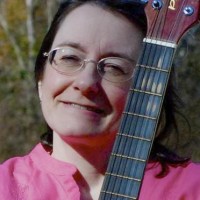