It is as simple as joining hands before a meal in order to “say grace,” as we give thanks for the food the ground has produced, recognizing God’s presence in our lives. We “return thanks” as a way to express our gratitude for the grace of God. It helps us describe the goodness of God we experience and to verbalize the gratitude, which is the ground of our faith.

In the fourth century, St. Ambrose was the bishop of Milan and a leader of the early church. In the early centuries of the church, St. Ambrose said, “No duty is more urgent than the returning of thanks.” We feel the urgency of those words, as we look back on the previous year, thinking about the commitment and generosity of this congregation. We return thanks for the stewardship of the church.

The Stewardship Committee and the Deacons made a recommendation to the congregation at its Business Meeting on January 26 to commit this surplus to the ongoing Building Sanctuary campaign. Last year, the congregation began a capital campaign, which has two parts. The first part was to replace the ceiling in the sanctuary, which approximately costs $150,000. The second part of the campaign was to begin repaying funds borrowed from the church’s trust funds for a previous renovation project. The total goal for the Building Sanctuary campaign remains $300,000.

Over the past year, the church has been able to contribute about $160,000 to Building Sanctuary. On January 26, the church voted to commit the surplus of 2016 to this effort, which brings the total to about $200,000. We are grateful for the commitment and generosity of the congregation.

We are also grateful for the ongoing gifts to Building Sanctuary, fulfilling the pledges that have been made or making other contributions through April 2017 when the campaign ends. As we pause at the beginning of this year, we return thanks for the stewardship of the congregation, which goes well beyond our financial gifts. We return thanks for all the ways in which we lean into our faith together! 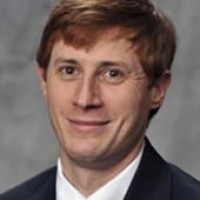