Among the things that we lost in the COVID-19 shut-down was the opportunity to give appropriate attention to the 20th anniversary of Bryan King’s ministry to this congregation from the organ bench. We were already working on plans for a celebration sometime this Fall, when Bryan approached the church staff and personnel committee to inform us that he was also working on plans of his own: to enter into a well-earned retirement some time before the end of the year.

Finding a qualified organist in this day and time can be a challenging and slow process. Bryan King’s approach to everything is always full of thought and care for others. So it was no surprise to anyone that he decided to wait until the search committee had completed that task to schedule his final Sunday. This past Sunday – June 27 – was that day. At the end of the service, I said that I would have opportunity to say more in this article. But everything I could possibly say would still fall far short of expressing the depth of gratitude that this body owes to one who has served so faithfully and so well. So instead, I offer another story … this one from Bryan’s work at Auburn University.

Shortly after I moved to Auburn in 2016, I visited the AU FarmHouse fraternity house with one of my 1981 pledge class brothers as alumni guests. As we introduced ourselves to the brother who greeted us on the front porch, I mentioned Auburn First Baptist Church. His eyes lit up as he exclaimed, “That’s where Dr. King plays organ! Do you know him?” When I answered yes, he explained that as a freshman Pre-Med major he was required to take Music Appreciation; and, like most of his classmates, he saw it as just a hoop to jump through … something to be endured, but no more. “I’m about to graduate and go on to medical school,” he said. “But of all the courses I’ve taken at Auburn, Dr. King’s Music Appreciation class was my absolute favorite—and he was hands-down my favorite professor! When you see him, would you please tell him that I said, ‘Thank you’? … Oh, and be sure to tell him that I still listen to Bach almost every day.”

I am sure that my young FarmHouse brother is but one of many students who had similar experiences in your class. Bryan, you have impacted this congregation and countless Auburn students beyond my ability to put into words. If anyone has earned the privilege of retirement, you certainly have. Well done, my friend!

We look forward to our celebration later this Fall. 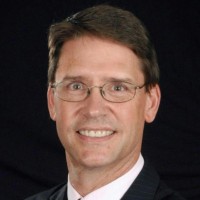